This election is only open to residents of Beat 13Z whose boundaries are roughly: East Piedmont border – Moraga/Thornhill – Skyline – Castle/Mountain/Park.

Candidates statements are below…

Just to be clear, what we mean by “submit another person” is that there is an opportunity for our Beat 13Z residents to vote for another candidate of your choice.

Michael Tigges moved to the Bay area in 1982 after graduate school in St. Louis with a Ph.D. in Molecular Biology.  I continued my scientific career with a post-doc at UC Berkeley and 12 years with Chiron as a cellular immunologist in vaccine development.  We bought a house in Montclair in 1993 and my wife, me and three generations of rescue cats have lived here since.

After the biotech bust in 2000, and a fall from a ladder, I was able to serve as a biotech consultant to a limited extent.  After a long orthopedic recovery, I worked on my house and, in 2008 created a new career as a volunteer data manager in the Obama campaign and two years later Mayor Quan’s first mayoral campaign. I subsequently became a professional data manager for several local progressive candidates including Sheryl Walton, Sandre Swanson, Mayor Quan, Berkeley CM Kate Harrison and Nayeli Maxson in her District 4 CM bid.  In addition, I was a founding member of the Block by Block Organizing Network.

I have always had a strong interest in public safety beginning in 1969 when I was drafted into the Army and trained and served as a Military Policeman.  More recently, I became a board member and now the chair of the Montclair Neighborhood Council (Beat 13Z NCPC), and, following the passage of measure LL, a steering committee member of the Coalition for Police Accountability.  As part of training to become a member of the Police Commission I completed the OPD Civilian Police Academy including a ride along on a Friday swing shift (2 pm to 2 am).  I have served as the community member of more than a half dozen OPR oral boards. I also completed the full CORE training including hands on exercises before that program became moribund.

Hello! My name is Macy Cornell and I am asking for your vote for Chairperson of the MNC Steering Committee.

My platform is one of diversity, inclusion and mobilization. I want to breathe new life into MNC by bringing in those with families to address the issues that are close to home for us! My background as a Teacher and Quality Manager will allow me to be an effective, agile leader that relies on team collaboration and execution. Roles and responsibilities will be clearly defined, and goals/objectives will follow a SMART model (see below). As MNC Chair, I will allow committee members to make decisions and have individual contributions that directly improve our community (and give them all the credit!) In today’s busy and challenging world, efficiency and collaboration are key.

My background: I have worked with MNC as a community member since 2009 and joined the MNC Board last year. I am C.O.R.E. trained and have had numerous emergency training certifications throughout my career. I attended The Ohio State University (Go Bucks!) and studied Music Education. After a summer job working with special needs folks, I was inspired to teach that population professionally. I taught adults and children for 10 yrs. before switching gears to High-Tech where I worked as a Quality Manager for 16 yrs. My communication & leadership style allowed me to work effectively with teams across the U.S. and Silicon Valley, Japan, Thailand, and China daily in a very demanding market. Now, I am a Montclair Mom with a vested interest in the safety and well-being of Montclair.

I live in our 1929 Montclair home with my husband Ron and daughter, Ruby; a home built by Ron’s Great Grandfather. We plan on being here for life and want to see Montclair’s vibrant community shine!

Lenny Lesser lives in Montclair with his wife and two young children. Originally from New York, he moved to California to pursue his wife, and a degree at UCLA. He is a Family Physician and Director of Population Health at One Medical in San Francisco. Lenny is an avid cyclist and is passionate about getting more people on bikes. During his medical training, he was politically active, and now desires to be more active in his local community. He believes healthy communities help their residents live longer, happier lives.

Neil Planchon has lived in Montclair (Alhambra Avenue area) with his partner for 15 years. He has served on the Montclair Neighborhood Council, Oakland Firesafe Council and Oakland Community Preparedness & Response Program for a couple of years. He is a co-director at the Foundation for Intentional Community where he focuses on Advertising and Development. He co-developed and is a co-founder of Swan’s Market Cohousing (Old Oakland). His National Cohousing community tours have introduced hundreds to the world of Cohousing and Intentional Communities. He has been on the board of Old Oakland Neighbors (Beat 3Y) since its inception about 20 years ago. He is CORE trained and has been one of Old Oakland incident command captains.

Neil co-leads Oakland’s Nonprofit Technology Enterprise Network (NTEN) chapter where he is a well respected connector and educator. This year he built a brand new virtual home for the Montclair Neighborhood Council aka as Montclair Neighbors – https://www.montclairneighbors.org. In tandem with the website project, he has migrated hundreds of subscribers from the former Montclair Yahoo Groups into a new discussion group which is now about 700 subscribers strong. The Montclair Neighbors groups.io community can be found here https://groups.io/g/montclair-neighbors. If you are a Beat 13Z resident, please join us!

Family, music, nature, poetry, convening community, using tech for good are activities he gets pleasure out of.

He looks forward to continuing his contributions by expanding and maintaining our website and welcoming new subscribers to our discussion group and supporting existing ones. Neil is excited about partnering with locals organizations and planning community events, emergency preparedness training and creating fun activities with other Montclair Neighbors steering committee members

(November 1990 to August 2003)
Equal Employment Specialist (Senior Investigator) – GS-13, U.S. Treasury Department, Office of Equal Opportunity Programs – San Francisco and Oakland, CA.
Duties:   Similar to those described above.  Specialized in U.S. Customs Service and Internal Revenue Service equal employment complaints.   I was realigned to U.S. Customs and Border Protection due to the realignment of the U.S. Customs Service to the newly created Department of Homeland Security in 2003.

Oakland Volunteer Work
(2015 to 2016) – Member, Adhoc Committee for Recruitment of Oaklanders for Police Officer positions.
(2003 to 2010, 2015 to Present) – A founding member of the MSIC/Montclair Neighborhood Council in 2003, Chaired/Co-Chaired the Council for about five years, and currently serve as a Community Representative.
(2005-2012) – Occasionally served on the oral examination boards for Police and Fire positions.
(2005 to 2010) – Chair, Oakland Neighborhood Watch Steering Committee.
(2007-2008) – Member of the Dellums’ Task Force on Police Issues (Recruitment of Oaklanders).
(2005 to 2008) – Member, Community Policing Advisory Board (CPAB)
(2004) – Volunteer of the Year, Oakland Fire Department

Josh Shaw is an Aviation Professional, currently working as an Oakland based Operations Manager for an FAA Certificated Private Aviation Charter and Management Company. He has served as a Captain with over 8200 hours of flight time logged. He served as Director of Training and Security, Flight Instructor and as a Boeing 747-400 First Officer. Josh has extensive crew and single pilot experience in domestic and international business, passenger and cargo aviation operations.

I am a recent arrival to Montclair, but I have deep California roots.

I was born in Berkeley (Alta Bates was there in person!) to a family that arrived in California in 1849.   My parents and brother (a Superior Court Judge) attended Cal.  My children and grandchildren live in the Bay Area, several of them in Montclair.  I’m a recently-retired attorney (Stanford/Cornell) who practiced law for many years in New York, Paris, and London.

My volunteer activities in Paris included reading for the blind, soup kitchens, distribution of food parcels, and fund-raising.  In London, I was involved in many stewardship and charitable activities at Southwark Cathedral; I was also active in the World War I commemorations. Since coming home I have volunteered at the Detention Center in Dilley, Texas, working to reunite refugee mothers with their children.

Among Montclair’s many concerns, I am particularly interested in emergency preparedness and safety.  I feel strongly that community training such as CORE should be funded and expanded. I have taken two CORE units and found them outstanding.

One of the CORE presenters explained why we should expect emergency resources to be slow to reach the Hills, with delays of 4 to 8 hours. These reasons included narrow and tree-blocked and congested roads, traffic accidents, gridlock, low population density, and distance from hospitals.   If help may be slow in coming, it behooves us to organize to help one another.

Matt Rowe has been a Montclair resident since 2018. Matt was born and raised in Orange County, California; and, he previously lived in Walnut Creek, San Francisco, and Los Angeles, before moving to Oakland. Matt currently works as an aerospace project manager at Sandia National Laboratories in Livermore, CA. He has spent the last 10 years in the aerospace industry in supply chain management, program management, and consulting. Prior to that, Matt served on active duty in the U.S. Army as a field artillery officer, with the 1st Infantry Division in Schweinfurt, Germany, and the 2nd Infantry Division at Camp Casey, Republic of Korea. He deployed to Baghdad, Iraq as a platoon leader in 2006-2007. Matt graduated from the U.S. Military Academy at West Point with a B.S. in Russian and Arabic languages, with a nuclear engineering track. He is currently pursuing his MBA at the Wharton School, University of Pennsylvania, in the MBA for executives program, class of 2022.

David Liebman. I have lived in the Bay Area for over 30 years now, and I’m still discovering more of the diverse communities tucked away in our hills and valleys.  My wife Sarah and I spent the early days of our relationship living in the tight-knit villages of the San Geronimo Valley in West Marin, and after we had kids we were looking for a new home that felt like a community.  Our search quickly led us to Montclair, and we settled here in 2012 with our twins, now 9.

Professionally, I co-founded and co-run an educational consulting company that serves the technology sector.  We run our company on the principles of open and honest communication, inclusiveness, and trust.  It seems to work.

We here in Montclair enjoy the benefits of living in one of the most diverse cities in America, and equally the challenges of living in a chronically financially stressed municipality.  There will be even more challenging times ahead, and the health and vibrancy of our community will depend on my and your direct engagement with each other, with our local businesses, and with city hall.

As a Community Representative to the MNC, I would seek to be an advocate for our neighborhood, and to find ways to increase community engagement.  My family has enjoyed the fruits of the work that so many of our neighbors have given, and I’d be grateful for the opportunity to contribute. 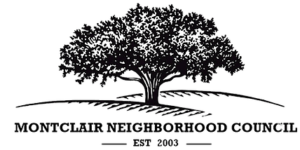 ON HOLD. Until further notice 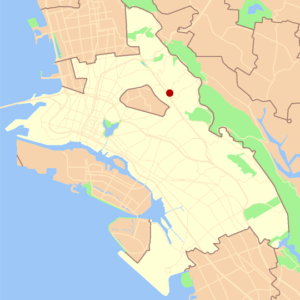